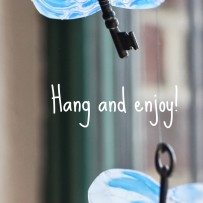 Ah, how young we all were, watching as the first Harry Potter movie was released in 2001, a fanciful romp that wouldn’t have looked out of place with a Disney sticker slapped on it. Of course we had no idea that 10 years and 7 movies later, the last incarnation of the Potter movies would be released and shock the world with its pure, unadulterated, wizard violence. Imagine if the first movie were that intense.

Well now you don’t have to anymore! A few years ago, talented comedian Brad Neely released “Wizard People, Dear Readers,” a colorful retelling of Harry Potter and the Sorcerer’s Stone shown as an audio overdub played with the film. The comedy is rife, as is the action: Harry is an all powerful wizard struggling to overcome his urge to kill his family with fire, and occasionally slips up (as when he frags his cousin Roast Beefy with a Glass Be Gone spell and knocks his generous white tushy into the snake enclosure.) Enjoy the first two chapters here, the rest of the tale may be found at your local Youtube.