We’d Love to Hear the Stories Behind These Strange Laws 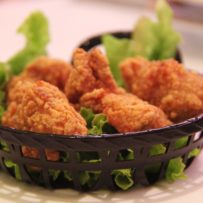 We all know that legal systems differ from country to country and, in the US, from state to state. This is nothing new. There are some fundamental things that are considered bad in pretty much every society on our planet and are, thus, forbidden by law – murder, theft, and such. But sometimes, you stumble upon some of  the weirdest laws in the world, perhaps in the entire universe. Laws that regulate, ban, and forbid acts so specific that there must be a story behind them – and a damn funny one, too.

A story we here at Golden Twist would love to hear.

In Paulding, Ohio, there is a law allowing policemen to bite dogs if they think doing so will calm the pooches down. On one hand, this law goes against basic logic – who in their right mind (except maybe for some kinkier individuals) would be calmed by being bitten? When dogs fight, they do immobilize their opponents by placing their jaws around their throats, but I truly don’t see a man, not even a policeman, pulling off such a trick. There are right ways to calm down aggressive dogs, but biting them is clearly not one of them. So, if anyone knows the story behind this weird law, please share.

Another bizarre – but understandable – state law comes from Indiana, where it is illegal to make a monkey smoke cigarettes. For this one, we actually found a story that apparently convinced legislators to sign this into law. In the mid-1920s, a chimpanzee was used as a performer in a show near South Bend. As part of the show, the chimp took out a cigarette, lit it, and inhaled the fumes. But little did the chimp know that public smoking was against the law in this particular jurisdiction. The chimp was quickly arrested and fined five dollars, and its owner/trainer was forced to pay the fine to avoid his companion ending up behind bars. If this story is true, it’s one of the few weird laws in the US that make a lot of sense.

Last but not least, here’s a tale that involves an out-of-towner, an odd rule, and fried chicken. In the summer of 2009, Louisiana elder Ginny Dietrick was celebrating her 91st birthday in Gainesville by treating herself to Longstreet Cafe’s finest fried chicken. Her lunch was interrupted, though, by local Police Chief Frank Hooper, who “arrested” the senior citizen for eating fried chicken with a fork. Apparently, the Gainesville city ordinance contains a regulation that the municipality — the “poultry capital of the world” — would rather see people arrested than eat fried chicken with anything but their hands.

While this event was little more than a practical joke, Dietrick was sentenced to “coming back to Gainesville and enjoying fried chicken as often as possible.”

We hope she made it back.